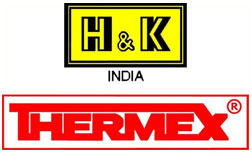 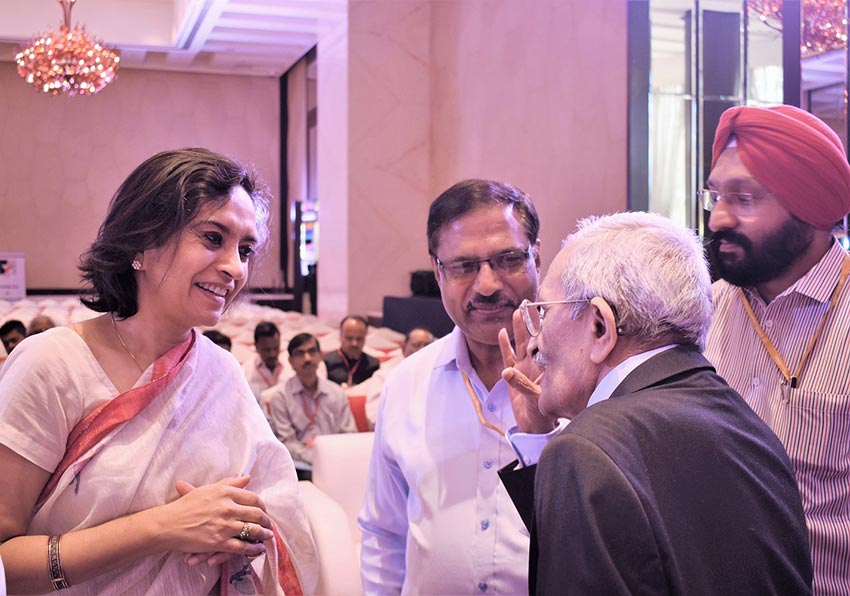 H&K India which has made a stellar contribution towards the upliftment of India’s steel industry, lead the way at the recently-concluded 2018 MSME Steel Conclave.

The one-day event was organised in Mumbai, jointly by the Government of India – Ministry of Steel and Steel Re-rollers Association of Maharashtra.

As representatives from Micro, Small and Medium sized enterprises (MSME) from all four corners of the country converged into the island city to showcase their strengths, achievements, and contribution to the Indian economy, the German proprietary THERMEX® QST technology which, for the past 27 years, has been indigenised, marketed, manufactured and installed by H&K India in our country, found special mention at the conclave. 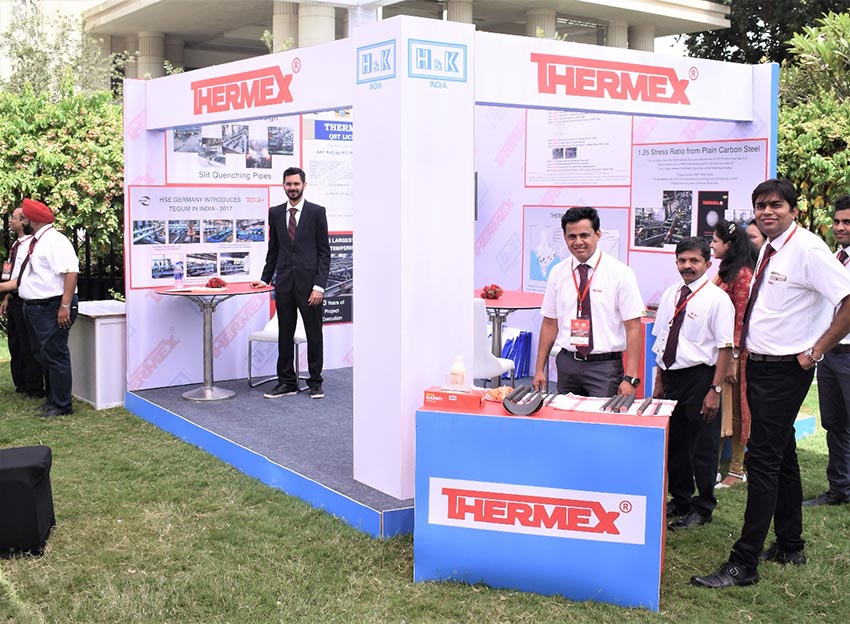 Satguru Saran Markan, Deputy MD, H&K India is all set to receive the Ministry of Steel delegation at the THERMEX stall

Primarily, the event brought to the forefront some of the many robust initiatives taken by the Ministry of Steel to encourage participation of ‘Made-in-India’, technology-advanced and environmentally-friendly MSME steel in various government projects.

H&K India which is credited for transforming India’s MSME steel sector with its modern and relevant technologies, imported into India through the technology-transfer route, was among the key industry participants.

Given the Government’s objective to encourage the use of MSME steel, a large delegation flew from Delhi to Mumbai for the conference. It included:- 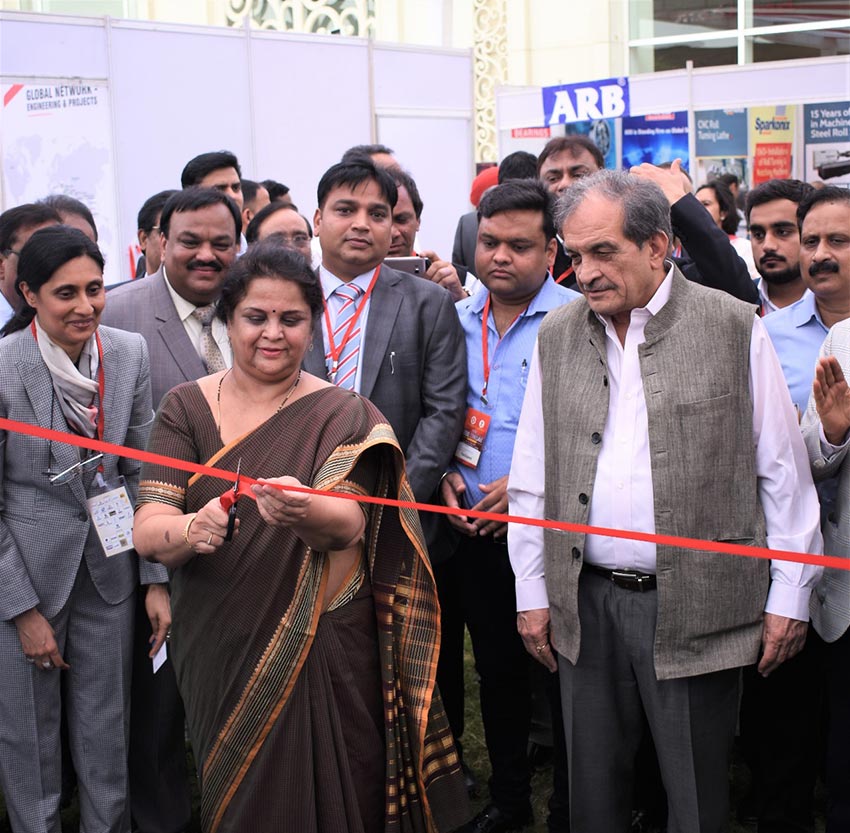 Installed as Version 1 at Steel Authority of India’s Durgapur and Bhilai Steel plants, THERMEX® has been subsequently upgraded to Version 2 and Version 3 and installed in over 260 MSME projects in the Indian sub-continent, Africa and Middle East.

Among the many advancements showcased was the special ‘Made-in-India’ quadruple, triple and twin THERMEX® slit quenching equipment where a single rebar that has been slit into 4, 3, or 2 strands gets effectively quenched.

Large government projects have enormous steel requirement. A rolling mill with THERMEX® slit quenching technology is capable of producing anywhere between 30,000 to 50,000 tonnes of high-strength, high-ductility rebars per month – ensuring a steady supply to Government projects. 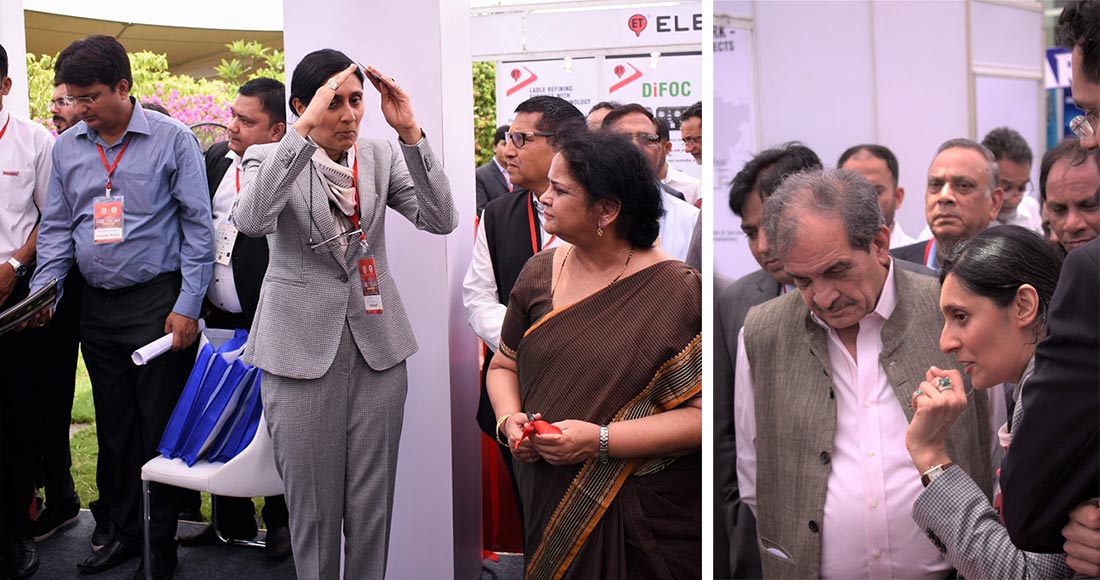 Enthusiastic cheers and claps from the entire Government delegation were in store for the history-creating Version 4 THERMEX®  – a technology capable of producing Grade B500DWR of International Standard ISO:6935-2 or Grade Fe500S of Indian Standard IS 1786:2008 from plain carbon steel.

B500DWR or Fe500S are very high ductility rebars – a pre-requisite for severe seismic hazard areas. These rebars have a strict codal requirement of minimum 1.25 Stress Ratio which is normally achieved by adding expensive alloys like Vanadium – a high cost solution for manufacturers. But the THERMEX India team successfully commissioned 8mm to 40mm rebars for International Grade B500DWR, using plain carbon steel and no expensive alloys, in just 5 days.

This THERMEX® system, designed by son-of-the-soil Indian engineers in India after years of R&D, was exported to and commissioned in Africa – a reverse technology transfer of sorts. News of this proud ‘Made-in-India’ moment was received very positively by the delegation, stall visitors and conference attendees.

At the stall, H&K India engineers also conducted a live demonstration of a quick and easy etching test to identify good and bad rebars at government projects – much to the delight and interest of all present. 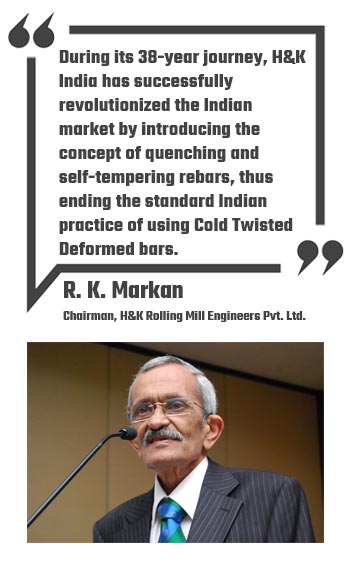 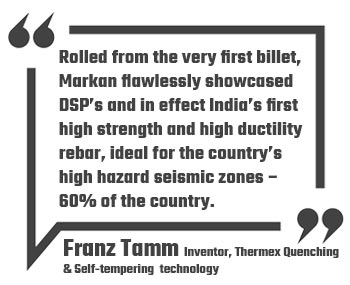 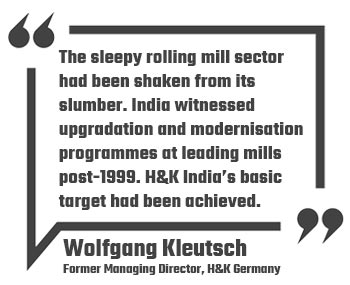 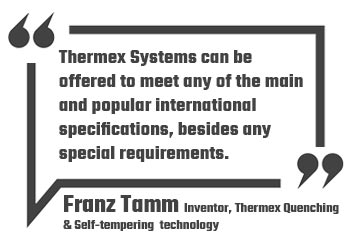 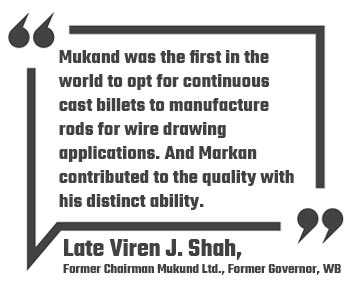